As a result of its strategic position, the West Flanders town of Ypres will forever be remembered for its significant role in World War 1.  The first battle of Ypres was one of the first major battles of the war and  there were to be other major battles fought nearby.  Much of the town was destroyed during the war but many of its main buildings were reconstructed in their original style restoring Ypres to its former glory.

Ypres is home to the Menin Gate built by the British as a ‘Memorial to the Missing’. Each evening at 8pm, the Last Post is sounded here in a moving ceremony dedicated to the memory of the British and Commonwealth soldiers who lost their lives.

A school trip to Ypres and the surrounding area provides an unforgettable learning experience which will help pupils better understand the nature of the conflict.  Please take a look at our special 2-day Flanders tour. 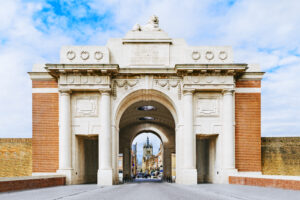 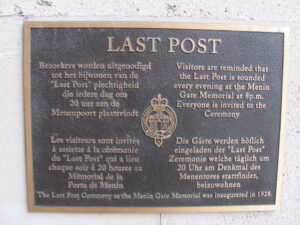 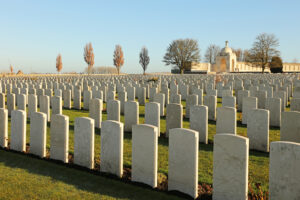